The tragedy in Mexico City could have been prevented and prevented provided that Russian technologies were used to monitor changes in the state of engineering (supporting) structures of the metro bridge. 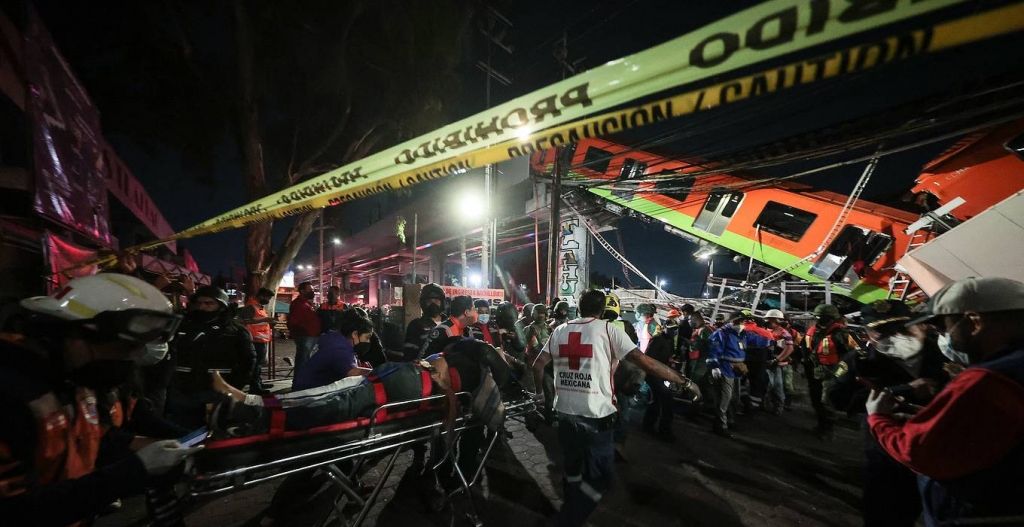 According to the BBC NEWS Russian Service, on Monday, May 3, 2021, at 22:25 local time (06:25 Moscow time on May 4), a metro bridge collapsed on the 12th metro line (video).
The tragedy took place in the southeast of Mexico City, near the stations of Olivos and Tesonco. Two train cars crashed from the bridge to the ground, crushing at least one car. As a result of the accident, more than 20 people died and dozens were injured.
Mexico City Mayor Claudia Scheinbaum said there are children among the dead. She added that seven of the victims are in serious condition.
Residents reported cracks in the bridge structure following the 2017 earthquake, according to local media reports. El Universal newspaper reports that the authorities have carried out renovations following these reports.
Carrying out a rescue operation at the site of the metro bridge collapse is difficult due to the threat of several metro cars falling over the ground.
The tragedy in Mexico City could have been prevented and prevented provided that Russian technologies were used to monitor changes in the state of the engineering (supporting) structures of the metro bridge.
The creation of monitoring systems for engineering (supporting) structures, hazardous natural processes and phenomena (SMIC) in Russia is provided for by GOST R 22.1.12-2005, mandatory in accordance with Art. 46 of Federal Law No. 184-FZ.