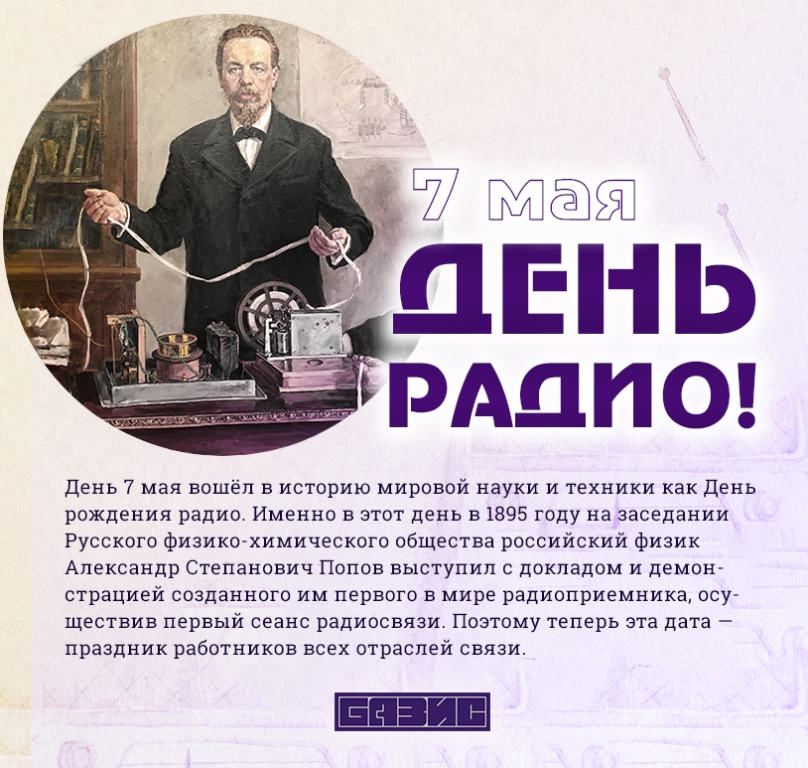 May 7 went down in the history of world science and technology as the birthday of radio.
It was on this day in 1895, at a meeting of the Russian Physicochemical Society, that the Russian physicist Alexander Stepanovich Popov made a presentation and demonstration of the world's first radio receiver, created by him, having carried out the first radio communication session.
The first irregular radio broadcasts in Russia were conducted from 1919 from the Nizhny Novgorod radio laboratory, and from 1920 from experimental broadcasting stations in Moscow, Kazan.
The formation and popularization of radio broadcasting in the country in the 1920s was facilitated by the mass radio amateur movement, which began to develop after the opening of the Comintern radio station in Moscow in 1922. Regular radio broadcasting began on November 23, 1924, when the first issue of the radio newspaper was broadcast.
Since 1929, regular foreign broadcasting began from Moscow - broadcasting radio programs to foreign countries.
The invention of radio laid the foundation for the development of information technology. It became the basis for the creation of navigation systems, mobile communications, wireless data exchange networks and the Internet.
The official annual public holiday, Radio Day, became in 1945, on the fiftieth anniversary of the invention of radio, when, taking into account the role of radio in the cultural and political life of society and in the defense of the country, the government of the USSR adopted a corresponding resolution.
Therefore, today this date is a holiday for workers in all branches of communications.
Radio Day can be safely called a professional holiday of television workers, radio broadcasting workers, postal workers, signalmen, shortwave radio amateurs. All those who promptly inform us about the most important events taking place in the country and the world are united by human deeds, thoughts and souls on radio waves.
In accordance with the decree of the Presidium of the Supreme Soviet of the USSR of October 1, 1980 "On holidays and memorable days" May 7 was included in the list of holidays as "Radio Day, a holiday of workers in all branches of communications."