Analysis of the causes of the oil spill in Norilsk. Emergency prevention and timely reporting to authorities

On May 29, a passenger car caught fire on the industrial road in Norilsk (the driver was not injured). A fire broke out - the fire spread over an area of about 300 square meters.

It turned out that due to the sudden subsidence of the supports that had served for more than 30 years, the diesel fuel storage tank was damaged and, as a result, a fuel leak occurred. A car passing at that time outside the storehouse caught fire due to contact with spills of diesel fuel, which caused a fire, the Norilsk Nickel said.

According to the estimates of the Nornickel company, 21 161 tons of diesel fuel spilled from the tank. A large volume of diesel fuel has spread throughout the territory. It fell into two local rivers - Barn and Daldykan. The water in them turned poisonous red.

A detachment of maritime rescue service from Murmansk went to Norilsk.

Prior to his arrival, the employees of AO Norilsk-Taimyr Energy Company (NTEC) had already taken measures to dispose of the stain, but they were not enough.

Arriving rescuers conducted further localization so that the stain did not spread further, and these forces were enough for complete localization. Distribution is now stopped. Rescuers collect fuel using three specialized oil recovery systems and nine temporary storage tanks. At the moment, all tanks are filled with oil, they are separated in order to separate water and fuel and then burned.

The main problem is disposal. It is possible to drive to the emergency area only by all-terrain vehicles, that is, it is impossible to take out fuel - only burn it.

Preliminary estimates of specialists indicate significant damage in the amount of billions of rubles. The damage would be minimal or significantly less if NTEC and the administration of the city of Norilsk timely informed the regional center, response system, as well as the Main Directorate of the Ministry of Emergencies about what happened, but this did not happen, which only worsened the situation.
The regional administration will insist on penalties for NTEC, despite the fact that it has already suffered serious losses.

The Norilsk prosecutor opened a criminal case under part 1 of art. 254 of the Criminal Code ("Land Corruption"), which was later transferred to the administration of the Investigative Committee for the Krasnoyarsk Territory and the Republic of Khakassia.

According to Vladimir Kletsin, Director General of the Civil Defense and Emergency Situations Engineering Center, an emergency could be prevented and prevented if CHP-3 was equipped with a monitoring system for engineering systems of buildings and structures (SMIS) in accordance with GOST R 22.1.12-2005, which automatically "Real time", regardless of the "human factor" warned of a dangerous roll, subsidence of the tank supports, the duty dispatch services of NTEC and EDDS of the Norilsk city and regional administration. It would be time to prevent emergencies - pumping fuel to another tank and / or restore fault reinforcement. However, this did not happen.

Since 2005, potentially hazardous facilities have been equipped with ISMS as part of the implementation of requirements for civil defense measures and emergency prevention measures. At present, the requirements for emergency prevention measures are far from being met by all business entities. As a result, there is a high risk of an emergency, due to the lack of timely warnings to facility managers, authorities, as well as damage to the economy, the environment, and often deaths. 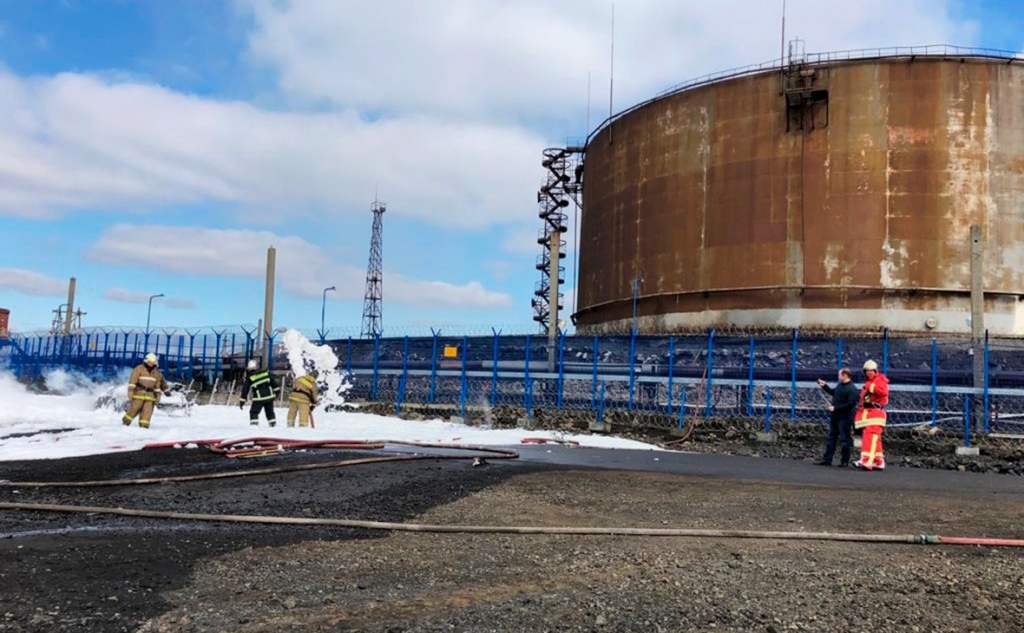