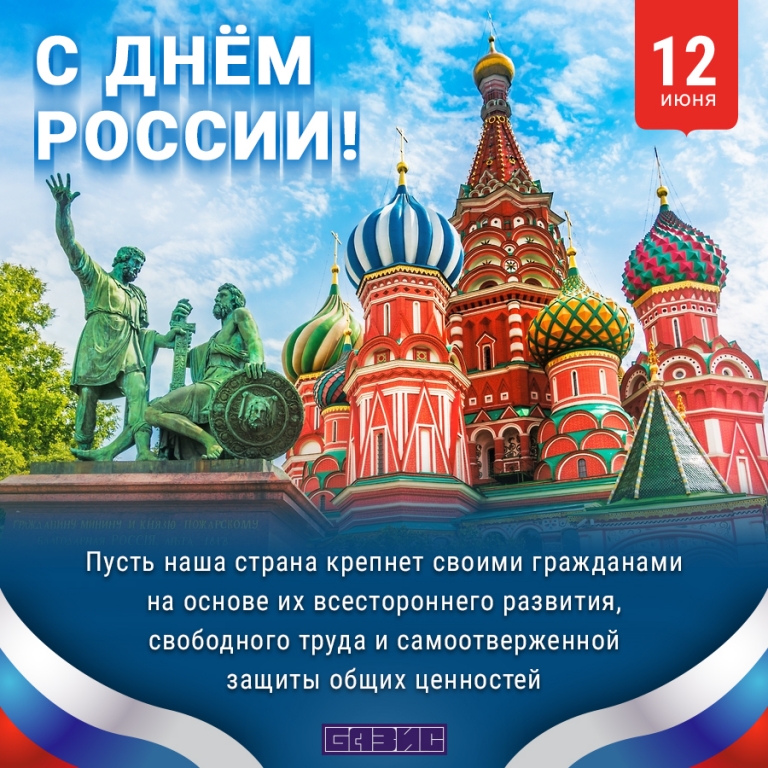 Russia Day is a state holiday of the Russian Federation, celebrated annually on June 12.

On June 12, 1990 the first Congress of People's Deputies of the RSFSR adopted the Declaration on State Sovereignty of Russia, which proclaimed the supremacy of the Constitution of Russia and its laws.

Boris Yeltsin signed a decree № 1113 of June 2, 1994 gave June 12 national importance, the holiday was called the Day of Declaration on State Sovereignty of the Russian Federation.

However, opinion polls of the population of those years demonstrated that Russians had no understanding of the essence of the holiday.

In 1998 Boris Yeltsin proposed to celebrate Russia Day on June 12. Officially the new name of the holiday was given February 1, 2002, when the provisions of the new Labor Code came into force.

On this day in the Kremlin the President of Russia presents the State Prizes of the Russian Federation, and the main celebrations are held in Moscow on the Red Square and end with the salute in honor of the Day of Russia.